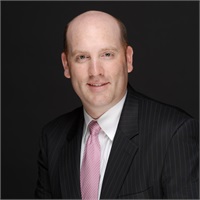 William B. Verrill (Will) graduated from Union College in Schenectady, NY, with a Bachelor’s degree in Political Science. While there, he played four years on the Union College baseball team, which won its first ever ECAC championship during his senior year. Will began his financial advisory career with the Daley Financial Group in Scarborough, Maine, in 2003. Two years later, the firm was acquired by Potomac Investments, Inc. In 2010, Will was named Vice President and shortly thereafter became a partner in the firm.

For over a decade, Will has been a dedicated advisor to families, businesses, and nonprofits. He currently holds both the Accredited Investment Fiduciary® and the Certified Wealth Strategist® designations.  Will travels frequently between all of the firm’s offices, working with clients to define their financial goals, chart a course toward success, and provide ongoing active wealth management.

Will is dually registered with First Allied Securities, a registered Broker/Dealer and Aviso Wealth Management, an independent registered investment advisor. He holds FINRA securities registrations 7, 24, and 66, along with his insurance licenses for life, health and variable annuities.

Will is an avid golfer, regularly participating in charity golf tournaments and fundraisers for Susan G. Komen Cancer Foundation, Wounded Warriors, and It Takes a Community Foundation, among many others. Growing up in Maine, Will and his wife, Christine, are voracious Boston Red Sox and New England Patriots fans. In 2016, Will and Christine added to their family with the birth of their daughter Adeline.