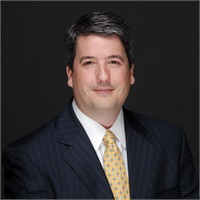 Joseph A. Perry (Joe) earned a B.A. in International Studies and Economics at The American University, where he was also a member of the golf team. Shortly after graduation, Joe joined the Washington, DC office of Merrill Lynch, where he became one of the highest ranked advisors in the firm, based on client asset growth and revenue generation. After five years with Merrill Lynch, Joe was recruited to PaineWebber, which was subsequently acquired by UBS. During this time, the market experienced one of the steepest downturns in its history. While many advisors were losing clients and leaving the business, Joe continued to refine his portfolio management skills and developed what is now known as Aviso’s Large Cap Strategy.

Despite his successes at Merrill Lynch and UBS, Joe and his clients became increasingly aware of the conflicts of interest that existed at the major financial institutions. In 2002, Joe started his own firm, Potomac Investments, Inc, which later became Aviso Financial. After its opening, the firm grew steadily, both through client referrals and through the successful acquisition of other firms. In each of these cases, Joe endured a highly competitive process in which advisors nearing retirement sought a successor who would offer the highest level of care to their beloved clients. His success in these acquisitions is a testament to Joe’s integrity and commitment to those who invest with him.

Joe has made multiple appearances as a financial expert on CNBC and has been featured in RIA Business Journal. He has earned both the Accredited Investment Fiduciary® and Certified Wealth Strategist® designations.

He regularly travels between Aviso’s various offices to meet with clients and oversee the management and growth of the firm. He continues to be an avid golfer and enjoys flying his airplanes.